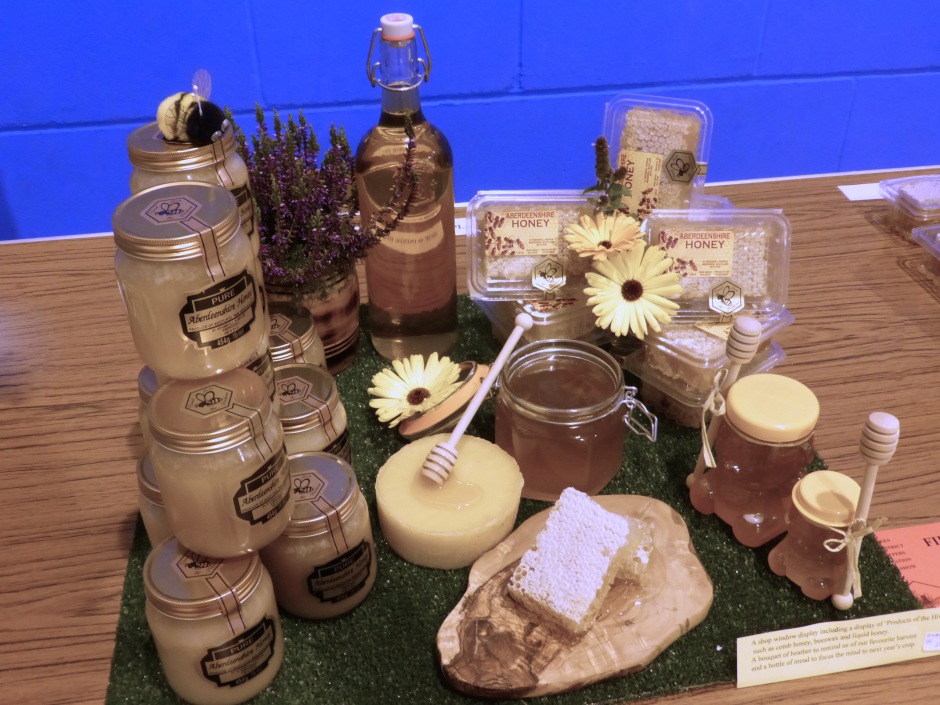 We had another great turnout from members at this year’s honey show, which was judged by beekeeping legend Willie Robson of Chain Bridge Honey Farm.  Despite the obvious impact of a poor summer on the honey classes, this was more than made up for by the impressive array of entries in the wide range of competition categories, from photographs to baking.  Our featured image for this post is of the beautiful ‘Shop Window Display’, entered by Olga MacAulay.

In a break from the traditional judging format, Willie Robson offered to conduct his deliberations in front of members.  Having been warned to conceal their anguish if the judge made any less than flattering comments about their entries, members were enlightened and entertained by Willie’s commentary on the characteristics of the various honeys, meads and wax products, both good and bad.  And if anyone should know, it’s Willie Robson, who has been a professional bee farmer since 1962 when he joined the business started by his father, William Selby Robson, in 1948.

Thanks go to Rosie Crighton and Barbara Cruden for pulling the whole thing together, our guest judges in the industrial and photography classes, and to the host of other members who contributed to another hugely successful event.